Environmental groups call for a ban on plastic bags in Pittsburgh

“We believe this policy has the potential to prevent 108 million plastic bags from entering our waste stream into our environment each year.”

(Pittsburgh) – PennEnvironment, an environmental nonprofit organization, released a letter On Wednesday signed by 100 Pittsburgh businesses and organizations in favor of a plastic bag ban, an ordinance expected to be submitted to city council later this fall.

“We believe this policy has the potential to prevent 108 million plastic bags from entering our waste stream into our environment each year,” said Ashleigh Deemer, deputy director of PennEnvironment. “These signatories represent businesses, community organizations, and nonprofits, as well as all districts of Pittsburgh City Council.”

The letter is part of Penn Environment’s larger campaign to pass a plastic bag ordinance in Pittsburgh, an effort the organization has successfully undertaken in Philadelphia cream, or a ban on plastic bags came into effect on July 1.

The Pittsburgh ordinance has been under discussion for several years. He was delayed by a Pennsylvania Legislature 2019 ban on municipal plastic bag ordinances, causing a trial led by Philadelphia and other municipalities. Then in May, in anticipation of the to finish the ban of bans on plastic bags, Pittsburgh City Council adopted A resolution to introduce an ordinance on plastic bags.

FILE PHOTO: A plastic bag lies along a road in Sacramento, California.

While most of the letter’s 100 signatories are small businesses and organizations, some large retailers are bracing for a possible ban. Whole Foods does not use plastic bags and in 2019, Giant Eagle has announced plans to phase out single-use plastic bags by 2025.

In March, PennEnvironment released the results of a survey showing microplastics were found in every Pennsylvania waterway tested. Film microplastics, which are fragments of plastic bags, have been found in all three of Pittsburgh’s rivers, including the Allegheny River, from which Pittsburgh draws its drinking water.

“It’s estimated that people consume about the equivalent of a plastic credit card every week,” Deemer said. “Once microplastics are in our environment and in our water, there really is no effective way to remove them. So the best thing we can do is stop plastic pollution at the source and plastic bags are a source of microplastics. “

The ban on plastic bags in several hundred other cities has had mixed results. In particular, early adoptive cities like Austin and Chicago found that the ban on only thin plastic bags pushed large retailers in particular to offer customers thicker plastic bags that were touted as reusable, resulting in more plastic use than before the bans. Other retailers offered paper bags, which come with environmental impacts of their own.

Deemer said PennEnvironment worked with City Councilor Erika Strassburger’s office to make policy recommendations when drafting the ordinance, to avoid some of the unintended consequences experienced in other cities. 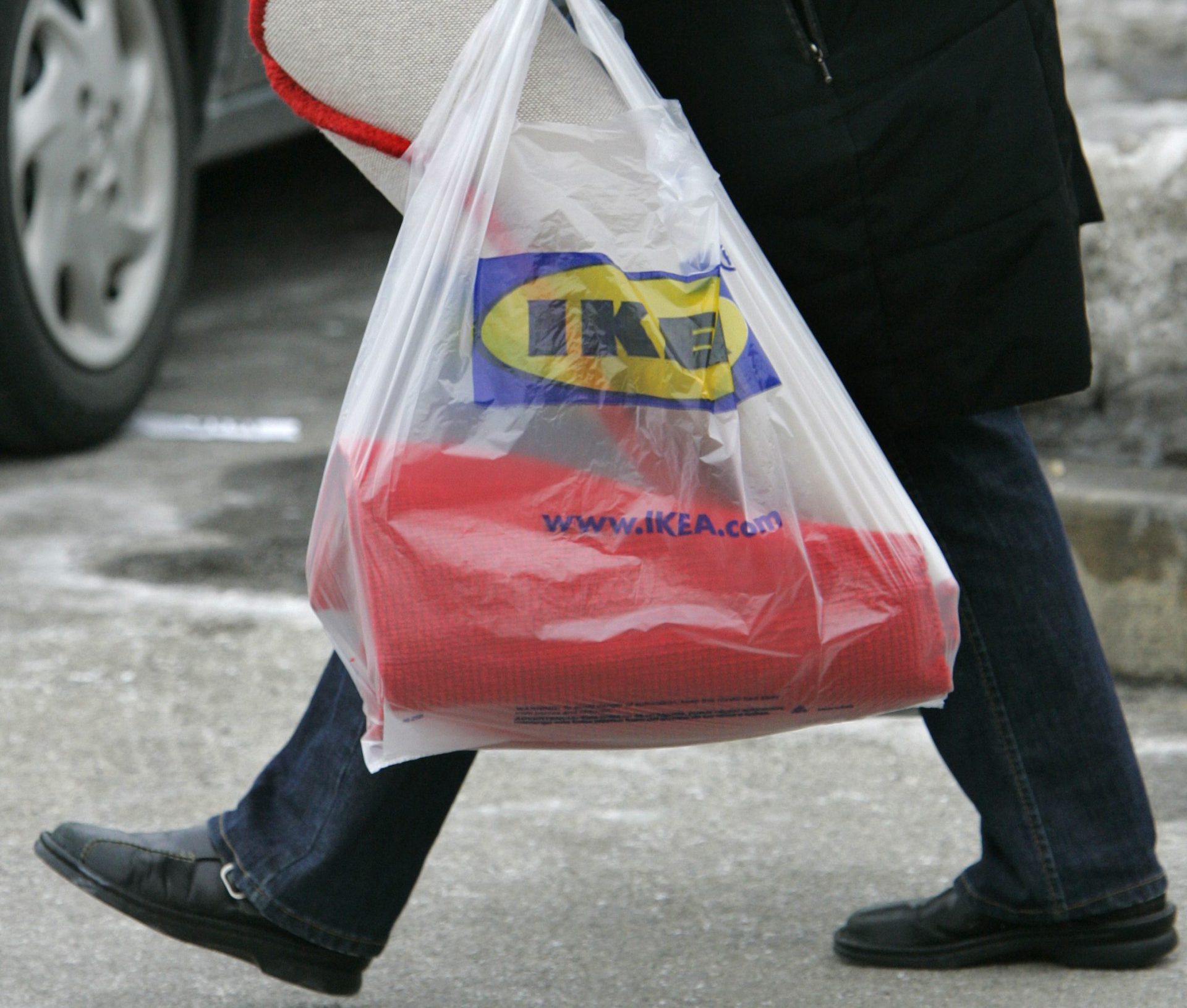 A customer takes a bag outside an Ikea store in Conshohocken, Pa. On Tuesday, February 20, 2007. The Swedish retailer, which is headquartered in the United States in the suburb of Conshohocken, announced Tuesday that it will begin billing customers. customers a nickel for

“In terms of making sure that doesn’t create a bigger plastic problem and encourage thicker plastic bags, it’s all in the definition that’s in the bill,” Deemer said. “We want to make sure that the definition of plastic bag in this bill is just ‘blown film extrusion’. This is the way plastic bags are made, regardless of the thickness of the plastic, so we are not trading thin plastic for thick plastic.

Deemer said they are also advocating for the ordinance to define acceptable paper bags as being made from post-consumer recycled paper. Both the language of “blown film extrusion” and the precision of post-consumer recycled paper bags are part of the prescription template PennEnvironment was developed for municipalities in Pennsylvania considering plastic bag ordinances.

It is not known what provisions will be included in the Pittsburgh ordinance. In July, in an interview on the WESA ConfluenceStrassburger said the Pittsburgh ordinance could include both a ban on plastic bags and a charge on paper bags. This strategy is one of the best practices recommended by the Surfrider Foundation, a non-profit ocean protection organization.

In a statement, Strassburger said it plans to introduce the plastic bags ordinance this fall.